A family fishing on a charter boat in Western Australia encountered a kangaroo struggling to swim and ended up towing the marsupial back to dry land. 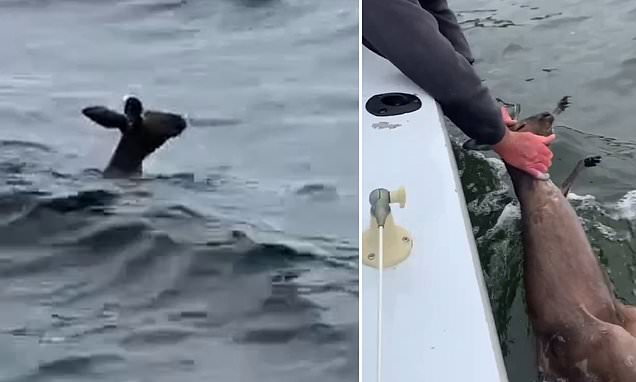 John Taylor of Madfish Charters in Denmark, Western Australia, said he and his family were fishing at the Wilson Inlet when they encountered a kangaroo that appeared to be struggling with the waves.

Kangaroos are known to be good swimmers, but experts said they have trouble in waters prone to waves.

Taylor said the family decided to step in after seeing the kangaroo’s head repeatedly dip under the water.

Taylor said he was able to grab hold of the kangaroo and tow it back to shore.

A video of the rescue was posted to Facebook by Madfish Charters.