KARACHI: The stock market on Monday notched up handsome gains following State Bank of Pakistan’s (SBP) decision to leave the benchmark interest rate unchanged at 7% for the next two months.

Favourable economic indicators at the macro level coupled with anticipation of a pro-people and business-friendly budget fuelled investor interest.

Moreover, the government’s efforts for the vaccination drive and a decline in fresh Covid-19 infections helped build confidence and lifted the benchmark KSE-100 index higher as optimism grew. 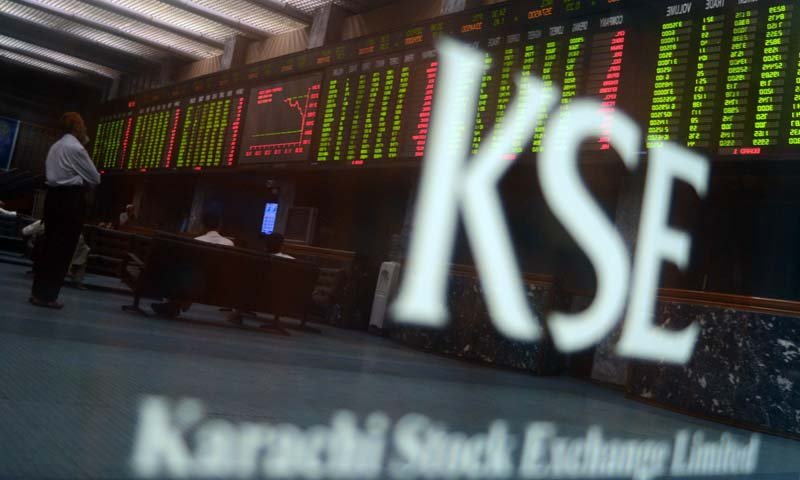 Trading volumes remained high, with technology and communication sector recording most of the gains. It was followed by the refinery sector.

The market kicked off trading on a positive note and traded range bound. However, the overall optimism continued to prevail.

According to the cumulative data, the KSE-100 index jumped up by 8.2% in May on a month-on-month basis after a hiatus of three months.

Speaking to a private source, Pak-Kuwait Investment Company Head of Research Samiullah Tariq said that the market remained positive due to the positive stance on economy adopted by the central bank in its recent monetary policy.

“People have considered the language as dovish, which has boosted the appeal for equity markets,” the analyst said. Tariq added that positive economic news like 3.94% GDP growth also played its role.

Arif Habib Limited, in its report, stated that the market crossed the resistance level of 47,300 points comfortably by adding a total of 853 points during the session. It maintained the bullish trend to end the session up by 770 points.

“Factors contributing to the bullish sentiment at the bourse included strong economic numbers from remittances to tax collection and real GDP growth that is anticipated to go up by 4.5%,” it said.

The report added that investors had also been expecting positive measures in the upcoming budget, which was scheduled to be announced on June 11 and was likely to keep the sentiment upbeat.

Furthermore, the cement sector performed well on the back of increase in cement prices per bag in the northern region.

On the news front, the Monetary Policy Committee (MPC) in its meeting on Friday decided to maintain the policy rate at 7%.

Moreover, the Ministry of Finance was likely to pay the first installment of Rs90 billion to 35 independent power producers (IPPs), he said.

“Going forward, the equity market is expected to continue its bullish trend and we recommend investors to avail any dip as a buying opportunity in construction and export-oriented sectors,” the analyst said.

Overall trading volumes surged to 1.4 billion shares compared with Friday’s tally of 959.9 million. The value of shares traded during the day was Rs32 billion.

Shares of 430 companies were traded. At the end of the day, 351 stocks closed higher, 65 declined and 14 remained unchanged.

Foreign institutional investors were net buyers of Rs426.3 million worth of shares during the trading session, according to data compiled by the National Clearing Company of Pakistan.