Devastating images have been captured showing desperate Afghans penned in like animals between shipping containers and concrete.

Men, women and young children can be seen herded in as they endure an agonising wait to be evacuated out of Kabul. 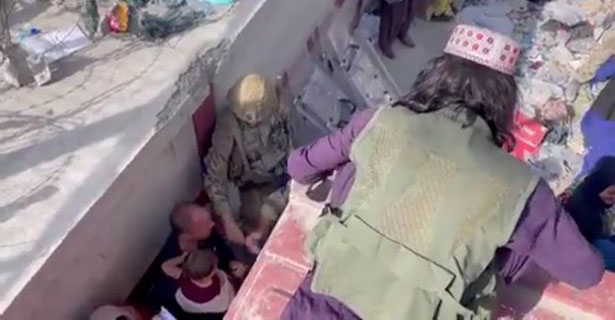 It comes after the new Taliban rulers said that Afghan nationals will no longer be allowed to leave the country.

Thousands of people remain trapped in the “no man’s land” at the airport, with their only option to wait or return and face the unknowns of Taliban rule.

Reporters in the area have said the stench of sewage filled the air as panic began to set in with the looming final deadline for US forces manning the evacuation effort on August 31.

Gut-wrenching new images from Hamid Karzai International Airport captured by an ITV News team show the hardship that many refugees trying to flee are enduring at the airport.