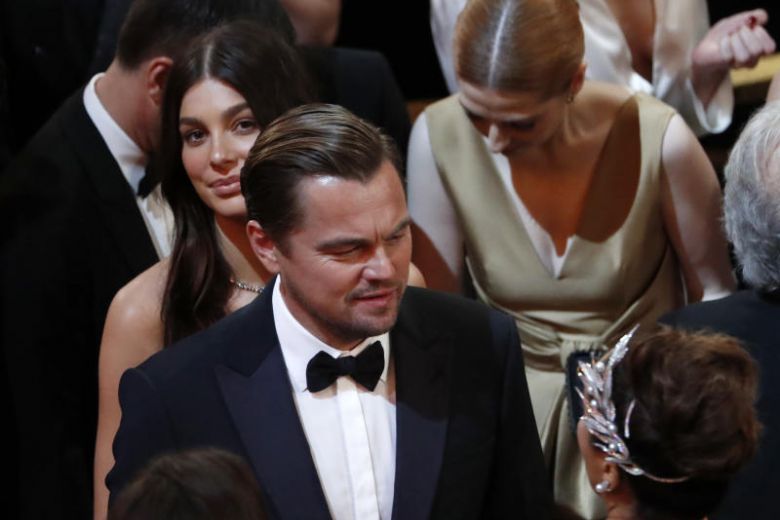 DiCaprio, 46, and Morrone, 23, are “going strong and doing really well,” a source told E! News on Tuesday, December 22. The pair, who were first linked in December 2017 and made their public debut in February 2020 at the Oscars, are reportedly even living together. “He’s very cozy with Cami and they’re serious,” E!’s source explained. “He is filming right now, but Leo has been settling into this domestic life with Cami, as opposed to all the time he used to spend out with his boys. He does really like his life with her and they’re a lot more coupley than they used to be.”

On December 21, a source from Entertainment Tonight echoed this update on DiCaprio and Morrone’s relationship, saying that the Argentinian American actress is his “dream” girl. “They are very in love,” the source told the publication. “Camila is his dream girl. She’s young, sweet, simple and it’s easy because she gets along well with his family and he gets along great with hers too. They’ve known each other forever and it just works.”

Despite going strong, their 23-year age difference has been a subject of concern for many fans. In July 2019, Morrone defended their relationship against critics. “I just hope on this Friday that people learn to live with a little less hatred,” she said during an Instagram Story. Months later during a December 2019 interview with the Los Angeles Times, the model continued to address their age difference. “There’s so many relationships in Hollywood—and in the history of the world—where people have large age gaps,” she said at the time. “I just think anyone should be able to date who they want to date.”

If the army leader produces four soldiers, the ‘illegal’ CM Hamza will be arrested.