Israel and the United Arab Emirates signed a tax treaty on Monday, Israel’s Finance Ministry said, describing the move as a spur to business development between the countries after they normalised relations last year.

The UAE finance ministry said in October that it had reached a preliminary agreement with Israel on avoiding double taxation.

The tax convention, once ratified by ministers and parliament this year, will be Israel’s 59th and go into effect on Jan 1, 2022. 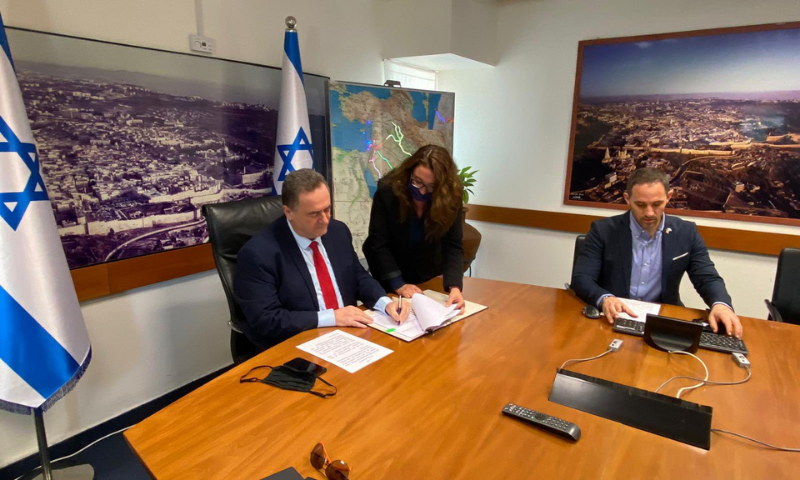 It is the first tax treaty reached in the wake of Israel’s normalising relations with the UAE and Bahrain last year. In parallel, Israel has moved to improve ties with Morocco and Sudan.

The treaty is based primarily on the OECD model, Israeli Finance Minister Israel Katz said in a statement, adding that it “provides certainty and favourable conditions for business activity and will strengthen economic ties” with the UAE.

Under the agreement, tax deductions, dividends and royalties are capped.

Israeli Foreign Minister Gabi Ashkenazi said the treaty will enable significant promotion of investment and trade that will help both countries’ economies.

Since a normalisation deal was signed last September, Israeli and Emirati banks and other companies have signed cooperation deals, while also establishing direct flights.

The normalisation has, however, created tensions with other Muslim states, especially in the backdrop of the recent Israeli violence in Palestine.

In a meeting of the 57-nation Organisation of Islamic Cooperation (OIC) earlier this month, diplomats criticised each other at different points over ties to Israel.

“The massacre of Palestinian children today follows the purported normalisation,” Iranian Foreign Minister Mohammad Javad Zarif said in the meeting. “This criminal and genocidal regime has once again proven that friendly gestures only aggravate its atrocities.”

“There are a few who have lost their moral compass and voiced support for Israel,” he said. “If there are half-hearted statements within our own family, how could we criticise others? Who will take our words seriously?”