Even an exorcist was concerned by the feline and warned his owner, Alyson Kalhagen, that the animal was being used as a puppet by a demon and that he should be “caged and prayed over”.

But Alyson, 39, isn’t worried about what people say and instead spends her time showing people online that despite his looks, Pixel is actually a “very loving” cat. 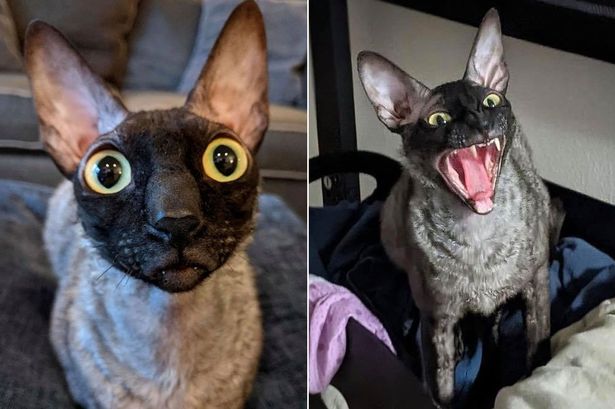 The mother-of-one has garnered over 12,000 followers on social media and believes her cat is “beautiful and refined”, even though her inbox has been flooded with messages likening him to a “sleep paralysis demon” and calling him the “creepiest cat ever”.

The award-winning show cat’s black smoke coat has seen many liken him to a werewolf – and he’s also been compared to a bat, kangaroo and even a Tim Burton character.

“I get a whole lot of ‘that’s the ugliest cat I’ve ever seen’ and sometimes things like ‘that’s not a cat, that’s a rat,'” Kalhagen said, admitting she usually laughs when people compare her cat to other animals.

“Some people think he’s from out of space – I’ve had a couple of people say ‘that has to be an alien with those eyes.'”

Kalhagen has insisted that her “sweet cat” comes up with the interesting facial expressions unprovoked. 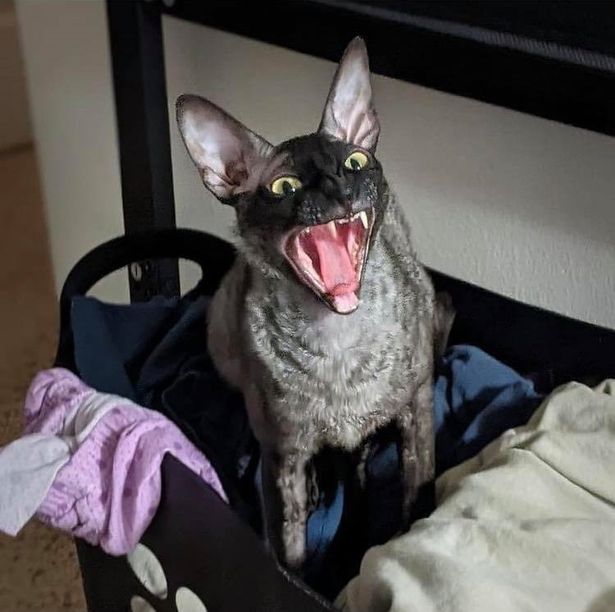 She explained how she simply wanted to “showcase the eloquence and refinement” of the cat’s breed but the feline continued to “assert his personality.”

“He was just kind of born with it and I’m lucky to be able to come along on the ride,” Kalhagen added.

Some people have approached Kalhagen to tell her Pixel’s photos “make them so happy.

She explained: “It makes my day to hear that he’s brought someone a smile – especially in these times.”

On Thursday afternoon, she posted a photo of Pixel’s brother – a blue-eyed, white cat – and wrote: “When everyone thinks your brother’s a demon, but *you* are the one that ate the phone cord.”